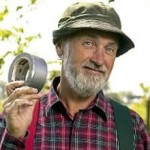 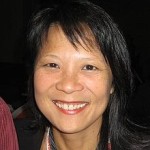 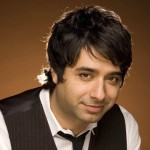 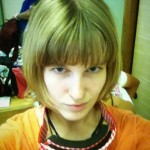 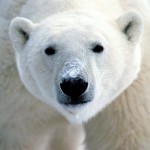 The answer, of course, is all of the above. With the possible exception of E.

A is Red of the Red Green show, a plaid-and-suspenders-wearing cultural icon, funnyman, handyman, and innovator of all things duct tape. B is Olivia Chow, a notable Member of Parliament who married the late Jack Layton, former leader of the National Democratic Party of Canada. C is Jian Ghomeshi, broadcaster, interviewer, and host of the popular cultural talk program, the Q. D is yours truly, and E is probably a distant relative of Sora Bear, orphan and unintentional environmental activist in Japan.

We all look pretty different. Chow is a first generation immigrant; she came to Canada from Hong Kong with her parents as a teenager. Ghomeshi is second generation, his parents immigrated from Iran and brought him into the world in Ontario. I am third generation, three of my four grandparents immigrated to Canada from Europe (The Netherlands and Germany), and the fourth came from Newfoundland (which was technically not a part of Canada when he was born there). My brother, not pictured here, has First Nations heritage through my Stepdad, and even they could be considered immigrants if you go back far enough.

We all came from somewhere else; we are all equally Canadian.

Everyone has different challenges related to their cultural identity, and as part of the third generation, I am pretty disconnected from my heritage, sometimes left wondering if I have a culture at all. I’ve never set foot in Germany, the Netherlands, or even Newfoundland for that matter. I know little about my own cultures of heritage beyond their own sets of stereotypes. I can’t tell you what it looks like to be Dutch or German, beyond a love of cheese & tulips, or beer & sausages. But I can tell you what it looks like to be Canadian. It looks like this:

I know I’ve been in Japan too long, because when I saw the headline of an article in the latest issue of The Walrus, “Portrait of a 10-Year-Old-Girl,” I instinctively cringed, expecting yet another perpetuation of the stereotype I’ve been working, probably in futility, to dispel amongst my students and coworkers here. Which, as you can probably guess from my appearance, is a doubly difficult battle to wage. Thankfully, the article profiles the life of a beautiful, visible-minority, ethnically-mixed girl with an equally diverse group of friends living in a Toronto suburb, which very much helps my case. Are all kids and friend groups as apparently diverse as hers? Maybe in Toronto. Maybe not in Saskatchewan. But she represents something: there is not only one portrait of a Canadian, and the truth is I was greatly relieved to see her smiling face in those pages rather than the 10-year-old lookalike of myself I was expecting.

It’s a few days late, but one of the things I am thankful for this Canadian Thanksgiving is growing up with an appreciation for multiculturalism. The word has become a bit of a cliché in Canadian discourse, but there’s nothing like the absence of something to make you appreciate it that much more. It’s not perfect in Canada, no. There is still racism, still injustice, still fear and segregation. But our picture of what a Canadian looks like has changed to include many different faces, and our culture – the culture we’re creating together – is all the richer for it.