The Grand Theft Auto franchise is no stranger to controversy. So when the fifth installment came out a couple of weeks ago, it was almost daring the public to come up with something new to trump the tired, old criticisms with an innovative line of attack. 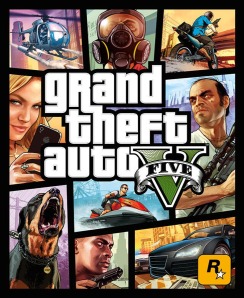 The “public” did not disappoint, but it wasn’t what you’d expect. When the popular game review website Gamespot released its near-perfect review of GTA V, with a score of 9/10, its readers exploded into a frenzied rage of commenting backlash.

What were they so angry about?

These gamers, as it turns out, were absolutely furious that Gamespot didn’t give GTA V the 10/10 it deserves. If your eyes are rolling into the back of your head right about now, you’re with me. 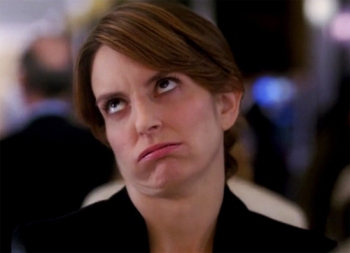 Not a day after the original review was posted, Gamespot posted a very frank retort to the review “revulsion.” Here are a selection of my favourite points:

This stuff is repugnant and it has no place being on Gamespot [on personal attacks against the reviewer].

There were so many comments this week saying that political discourse has no place in game reviews, or that it’s just a game and we should just shut up and deal with it. Really, though, honestly, what kind of attitude is that? How does that make the gaming community look?

If we ever want to see games being broadly accepted as an art form, or as anything but a slightly quirky pastime, we have to include politics, we have to ask questions about gender, about the portrayal of characters, and about the limits of satire.

Don’t attack others for having reservations about a medium that’s supposed to be all-inclusive.

Can I get an amen?

The original review itself was, in my opinion, a pretty balanced review, showing off the many positive elements of the game, careful to situate the expectations within what we’ve come to expect from the Grand Theft Auto games. However, the review also did not hesitate to do what reviews are also meant to do: point out weaknesses and suggest areas for improvement.

What many commenters were objecting to was the review’s justification of the 9/10 score, wherein the reviewer charges that the game is “politically muddled and profoundly misogynistic,” and laments that female characters are not allowed any relatable roles in the game. Unfortunately, many commenters chose some pretty immature and disrespectful ways to express their disagreement with these critiques.

What the video game industry needs today is less asinine fanboy commenters like these and more people like Gamespot’s Johnny who are willing to take a stand and refuse to continue to “sweep hate speech under the rug.”

The first generations of gamers have grown up, and the population at large is realizing, more and more, that video games are not just for “kids” but are a somewhat legitimate pastime for adults as well. The gaming industry is maturing from adolescence to adulthood, yet gamers like these refuse to mature along with it.

The GTA franchise makes its fortune on controversy, but that doesn’t mean we can’t ask for more from it. Isn’t it about time for some more complex and developed, playable female characters in this series, for example? The popularity of the Tomb Raider games can attest that there is an appetite for girls who can kick butt. The Yakuza franchise, the popular Japanese crime-based game series cousin to GTA, has even included a playable female protagonist option in its latest release, Yakuza 5. There’s no credible reason that GTA can’t do the same.

Now, if you’ll excuse me, a certain game just arrived in the mail, and it’s waiting ever-so-patiently for my attention…

How do you feel about the GTA games? If you’ve played it, what score do you think GTA V deserved? In what ways do you think the game industry in general needs to improve in the future?

Leave a Reply to A Voice Cancel reply