Tonight I played a couple rounds of Settlers of Catan. There is definitely a degree of skill and strategy to the game, but a large part of it comes down to chance as well.

In the first round, I was well on my way to dominance through a sheep monopoly. As luck would have it, as soon as I built my sheep port, no sheep were rolled for the rest of the game (I’m yellow): 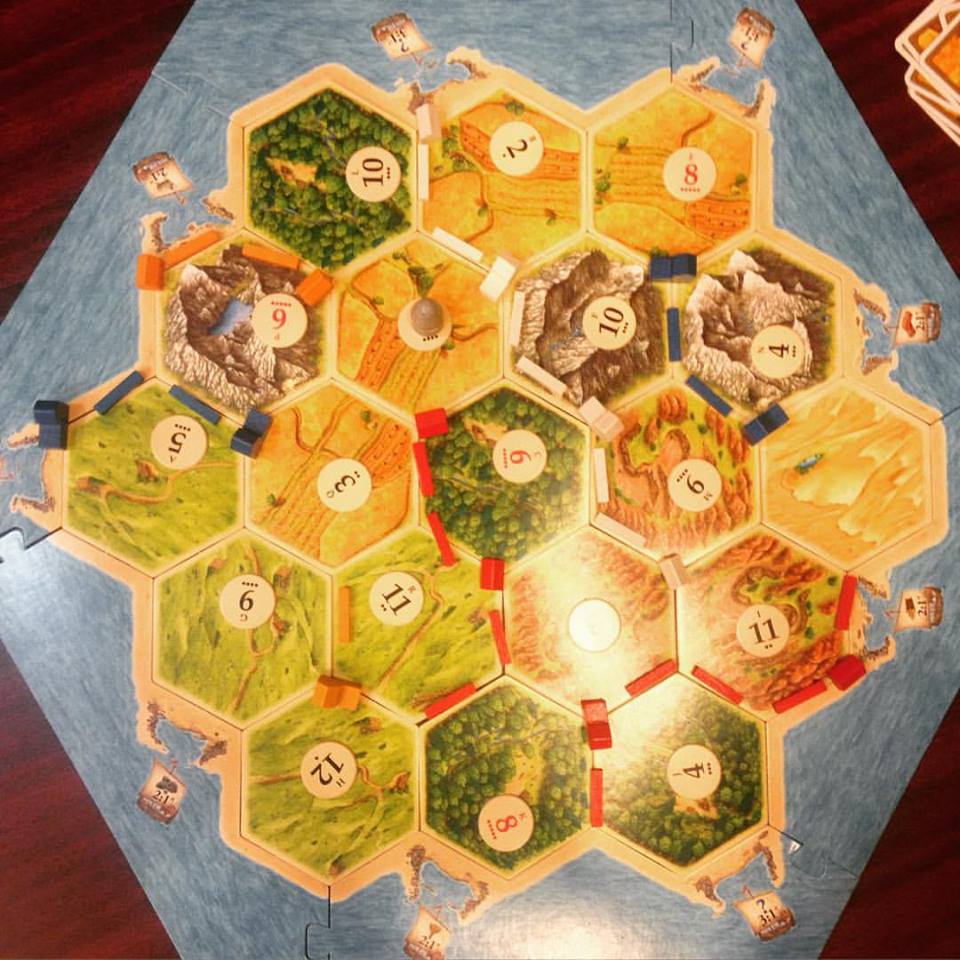 In the second round, I took a few more risks but chance was on my side this time and they paid off. I dominated the second half of the game, and even with the other players joining forces against me I couldn’t be stopped. I won in the end by gambling everything on a development card, and pulling a victory point: 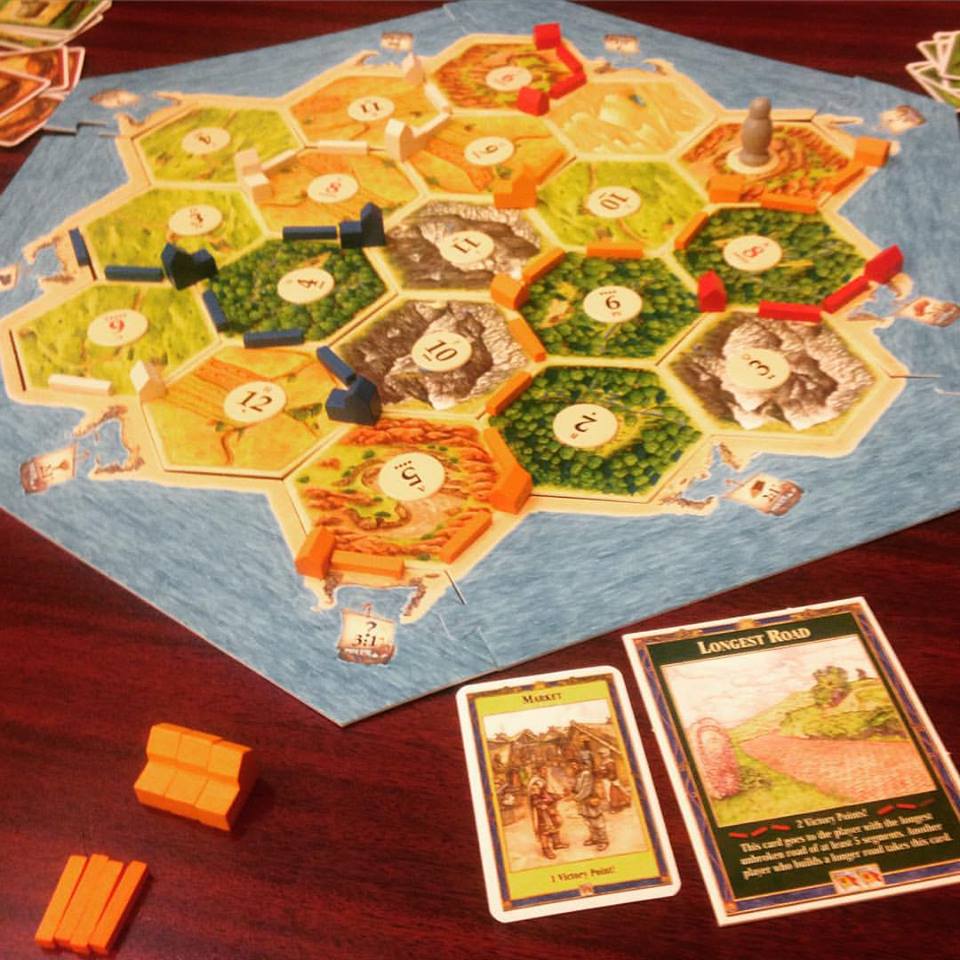 Sometimes I think it’s easy to forget how much chance factors into life. Baz Luhrmann says it best:

Whatever you do, don’t congratulate yourself too much
Or berate yourself either
Your choices are half chance, so are everybody else’s.

This post was written for Writing 101’s challenge to take inspiration from a map.

What maps are important in your life? Can you think of an instance where chance has helped or hindered you? What’s your Settler’s strategy (if you don’t mind sharing)?

3 thoughts on “Half Chance”